You’ve Had Questions. We Have Answers.

Iowa Right to Life, as a member of the Coalition of Pro-Life Leaders, outlined two of our priorities at the start of this Legislative Session: 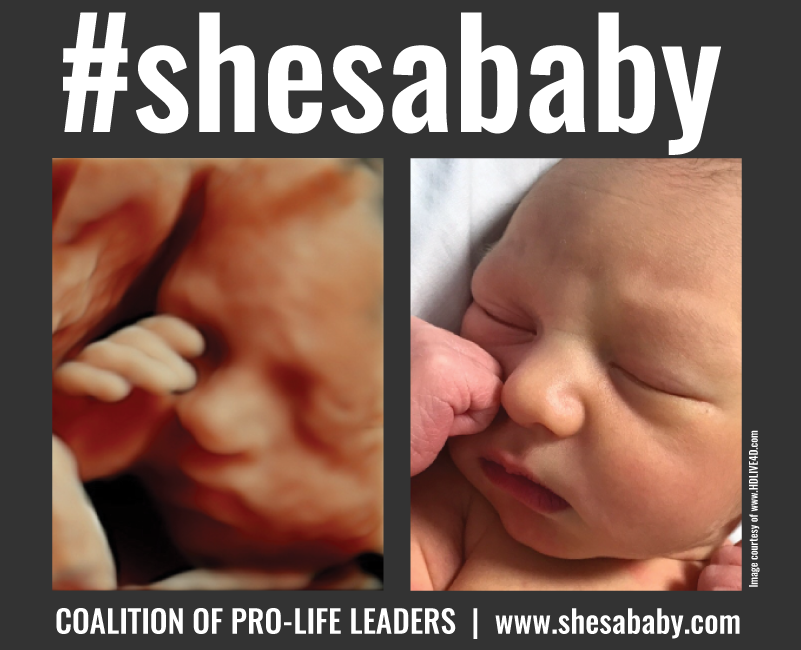 While the Life at Conception Act did not successfully make it out of the funnel this session, we knew it would not be an easy fight and we refuse to surrender.
The Coalition of Pro-Life Leaders offered this Official statement this week:
Senate File 253, the Life at Conception Act, did not have enough votes in the committee process before the Senate’s funnel date.
?
But “funnel” is a deadline imposed on the legislature by itself and not binding on the Coalition of Pro-Life Leader’s efforts. We’re only halfway through the legislative session, and there remain several avenues available for advancing the defense of life.
We will continue to work with legislators throughout the session to address concerns and educate them on establishing life at conception in Iowa law. We fully intend to hold our legislators – of all political parties – accountable at the end of session for their efforts and stance on this life-and-death issue.
This is a unified statement on SF 253 from Coalition of Pro-Life Leaders.
Iowa Right to Life remains as committed as we have ever been to our ultimate goal-the ending of abortion in Iowa and in our nation.

So what Pro-Life legislation did survive the funnel?

Senate File 2
As we shared with you several weeks ago, Senate File 2 passed the Iowa Senate in a vote of 30-20!!!
This bill ensures that our tax-dollars will be redirected away from the abortion industry and sent to qualified medical clinics. We have been assured that Senate File 2?will move through the Iowa House. As it begins to move in the House, we will keep you informed.

A Ban on the Trafficking of Unborn Baby Parts

Senate File 52,?similar to one we supported and saw passed out of the Iowa House last year, would ban trafficking of aborted baby remains. We know that experimentation or use of fetal tissue following an abortion is wrong.

Senate File 183?would allow for many more in the medical field to accept a baby who?is?voluntarily relinquished. We agree that more babies will be saved with this expansion. ?Thank you to Senator Charles Schneider?for filing it.
Regenerative Medicine Tax Credit Bill
Senate File 269 and House File 240
This is an important legislative effort as it supports adult stem cell research consistent with Pro-Life values.
It will help end the perceived need for embryonic stem cells and aborted fetal tissue in medical research. Learn more about this ethical research by visiting the website of JPII Medical Research Institute, based in Iowa City, Iowa, here.
20-Week Abortion Ban
Senate File 471 (formerly Senate File 53) was filed by Senator Brad Zaun and has Senators Mark Chelgren and Mark Costello hard at work on it.
This bill is similar to the one we placed exhaustive efforts on in 2011.? At the time, we were working feverishly to keep late-term abortionist, LeRoy Carhart out of Council Bluffs, Iowa.
It was through the ongoing efforts of Pro-Lifers in Council Bluffs and throughout Iowa, LeRoy Carhart eventually abandoned his desire to move into Iowa.
We’ve heard from a few people who have concerns about supporting this effort again.? Since LeRoy Carhart no longer plans to move here, do we have a moral obligation to abandon this bill and support only a Life at Conception Act?
We’ve been pondering that.
For another project, I’m working to obtain the numbers of every single reported Iowa abortion from 1973 – present.
Here’s what I’ve determined:
Since Abortionist Carhart announced his intention in November 2010, more than 21,895 unborn babies have been aborted in Iowa.?
1,389 were killed between the gestational ages of 14-28 weeks (as reported by the Iowa Department of Public Health.)
We will never know just how many – but a 20-week ban on abortion enacted in 2011 would have spared the lives of at least some of these 1,389 babies.
Legislation similar to this has been passed in nearly 20 states in recent years.
There are toddlers alive today in Texas…kindergartners in Nebraska…and all around our nation because of this life-saving legislation.? Frankly, I am unwilling to look into their bright eyes and tell them that they were not worth the effort to save-nor would they be here in Iowa. It’s true. LeRoy Carhart did not move into Iowa. But we still have abortion raging into Council Bluffs.? We still have Planned Parenthood, Iowa’s largest abortion chain, and Iowa City’s Emma Goldman Clinic performing thousands of abortions every single year.
Those hidden, forming babies, targets for these organizations, remain our moral obligation.
Currently this bill has exceptions that we are not supportive of in any manner.? We remain committed to working with the Senate through this process.
From Iowa Right to Life’s perspective, we work passionately to see the lives of as many babies saved as possible, as we fight to ultimately see all tiny, unborn lives protected from the very moment of fertilization.

Doing so will allow us to:
Yes, we have seen historic precedents set with this past election, state-wide and on the federal level.? But that simply is not a signal that we relinquish our efforts to save lives.? We re-double them and press forward like never before. For only then will we continue to usher in the ultimate end to abortion.
Donate now to our #44NoMore Campaign.
We have made it to this moment in time because of your ongoing efforts and support of all human life.
I thank you for your dedication and determination.
It encourages and inspires me daily.
Thank you,
Jenifer Bowen
Spokeswoman and Consultant for Iowa Right to Life