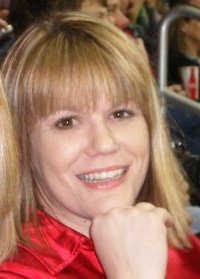 DES MOINES?April 30, 2010?Iowa Right to Life has selected an experienced counselor and social media aficionado as its next Executive Director. “My number one priority will be to grow our grassroots base,” said Jenifer Bowen, “Iowans are fired up in this election year.”

Bowen knows her grassroots. In the past three years working as an IRTL administrator, Bowen has traveled across Iowa and had a great deal of face time with the public. Feedback from the people she met led her to update and expand IRTL?s distribution and sales of educational materials at county fairs, church events, pro-life events, the IRTL Book Sales, Post Abortion Facilitator Training and more.

“The grassroots are hungry for ways to get involved,” said Bowen. “When I cross paths with pro-lifers and I ask them if they would like to volunteer, no one has turned me down.”

Bowen also spearheaded IRTL’s outreach to the younger, media savvy generation on Facebook and Twitter. IRTL’s Facebook page currently has more than 1,000 “fans”, with dozens of people joining each week. This has been a successful new channel to increase volunteers and donors.

Although her name might not be familiar to some, her soft-tone phone voice, as comfortable as a baby?s blanket, is unmistakable to anyone who has called into the IRTL office. But don?t let that soft voice fool you. The 37 year-old Buffalo, New York native has a will of iron.

“Planned Parenthood?s preying on women for profit in Iowa must stop,” said Bowen. “Iowa Right to Life will continue to expose Planned Parenthood of the Heartland?s brazenly unsafe path of initiating RU-486 (abortion pill) abortions without a doctor on site.”

It was a tough legislative session for pro-lifers, but Bowen believes the future is bright. “We have strong pro-life legislators younger than me,” she laughed. “We will work hard to elect more like Matt Windschitl, Chris Hagenow, David Hartsuch and Jason Schultz as well as legislators who have been there longer like Dwayne Alons and David Johnson and countless others who are getting it done in the Iowa Legislature.”

Bowen, who holds a B.A. in Counseling from Baptist Bible College in Clarks Summit, PA, has counseled women in crisis in both religious and secular institutions. Most recently, she has been a volunteer counselor at Alpha Women?s Center in Des Moines.

Before IRTL, Bowen was Executive Administrator of Tifereth Israel Synagogue in Des Moines, handling everything from facility management to communications, to member recruitment and retention. Her ability to interact and work well with people of all creeds is a valuable asset in her new position.

“Kim is fearless in debating in anti-life forums,” said Bowen. “But then she could pick up the phone and speak with a young woman facing an unexpected pregnancy with gentleness and compassion.”

The impact of Roe vs. Wade on her generation is not lost on Bowen, who was born just four months before the landmark decision legalizing abortion in the U.S.

“With parents who were mere teenagers at the time, I could have easily been an abortion statistic,” she said. “There are a lot of people my age and younger saying, ?Maybe God spared us for a reason. Perhaps this is why we are supposed to be involved.”