How Regulated is the Iowa Abortion Industry? 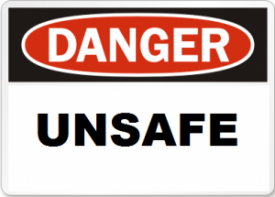 Des Moines, Iowa?Over the past several weeks we witnessed the trial and ultimate conviction of Dr. Kermit Gosnell, a former Philadelphia-based abortionist. Gosnell, known for performing very grisly late-term abortions, has now been convicted on three counts of first degree murder of newborn infants, as well as over 200 other counts against him.

Most Iowans are unaware that there is no oversight used to inspect Iowa abortion clinics. Often you will hear these referred to as “health centers.”?However, they are not health centers, as they do not have to meet the same medical, safety or sanitation standards as other outpatient surgical clinics.

“What is preventing the abortion industry in Iowa from allowing our own Gosnell-like abortions,” queried Bowen. “Abortion clinics need regulation, as they are doing invasive surgery and there are many things that can go wrong.?Even in the first trimester (first 12 weeks of pregnancy), possible complications from abortion include hemorrhaging, blood clots, infection, punctured uterus, cervical laceration, septic shock, coma and even death.”

Further, a majority of Iowans likely do not believe that it is legal in Iowa to abort a child throughout all nine months of a pregnancy. Yet, the loopholes in our laws have made Iowa a very attractive state for late-term abortions.

“Iowa has a “Ban on Third Trimester Abortions” on the books, under “Feticide.” But if you read the language, it’s not a ban at all, as it allows physicians to do an abortion at anytime to preserve the pregnant woman’s “health.” This is not the same thing as the woman’s life being in danger,” acknowledged Jenifer Bowen, Executive Director of Iowa Right to Life. “The definition of “health” is at the doctor’s discretion, so anything could be used to justify aborting a baby that is developed enough to be living outside the womb.? While Roe v. Wade is more familiar to Americans, Doe v. Bolton, offered on the same day,?allows abortion for any reason via its definition of health.”

“By Iowa law, an unregulated abortion can be performed at anytime in a woman’s pregnancy. At a bare minimum, it should be required that the abortion industry meet the same sanitation and safety regulations as other clinics that perform outpatient surgeries.? We simply cannot rely on the abortion industry to regulate themselves,” concluded Bowen.